After working on my first game Startup Company for more than 5 years, I’m finally ready to announce the title of my next game:

To give you a better understanding of what Big Ambitions is all about, we should take a look at the beginning of the game.

You’re eighteen years old and living in your parents’ apartment in downtown New York. You have big aspirations to make money and become successful.

However, before you can start on your journey, you need to earn some money.

The city offers hundreds of jobs, from flipping burgers to driving New Yorkers around in a taxicab. It’s up to you to decide which path you take.

With a few thousand in the bank, you can finally rent your own space and start working on your empire. Most tycoons start simple: A restaurant, a small supermarket, or even an auto repair shop. It’s up to you, try to choose something that’s in demand for the specific area of the city you’re staying in.

As you continue along your journey to success, both your wealth and life will change. With more money comes more problems.

Your goal in Big Ambitions is to become the biggest city tycoon in New York. Your daily tasks will vary between:

The game comes with a full day & night cycle following a real-life schedule with rush hours, weekends and more.

You have 3 main factors to maintain: Energy, Hunger and Happiness. To function as effectively as possible, you need to keep all three in balance.

As aforementioned, your journey starts at the age of eighteen, but as you play your character will move through the three stages of adulthood (each having their own advantages and disadvantages):

Big Ambitions is my first game developed with an industry-standard game engine: Unity 2020. Unlike Startup Company, the game will be 3D and you will control your character using a point-and-click navigation system (similar to the one found in the Diablo franchise). However, vehicles will be controlled using the keyboard.

The game is viewed from an isometric top-down camera angle and you’ll be able to zoom in, zoom out and rotate the camera which will always follow your character.

The game will be set in the bustling centre of New York City. I focus on ensuring that the streets feel as authentic as possible since I really want you, the player, to feel like part of New York City. As part of my quest to deliver an authentic city experience, I’m making it so that every building in the city can be interacted with and owned. The first public build (Beta 1) will come with the following city map: 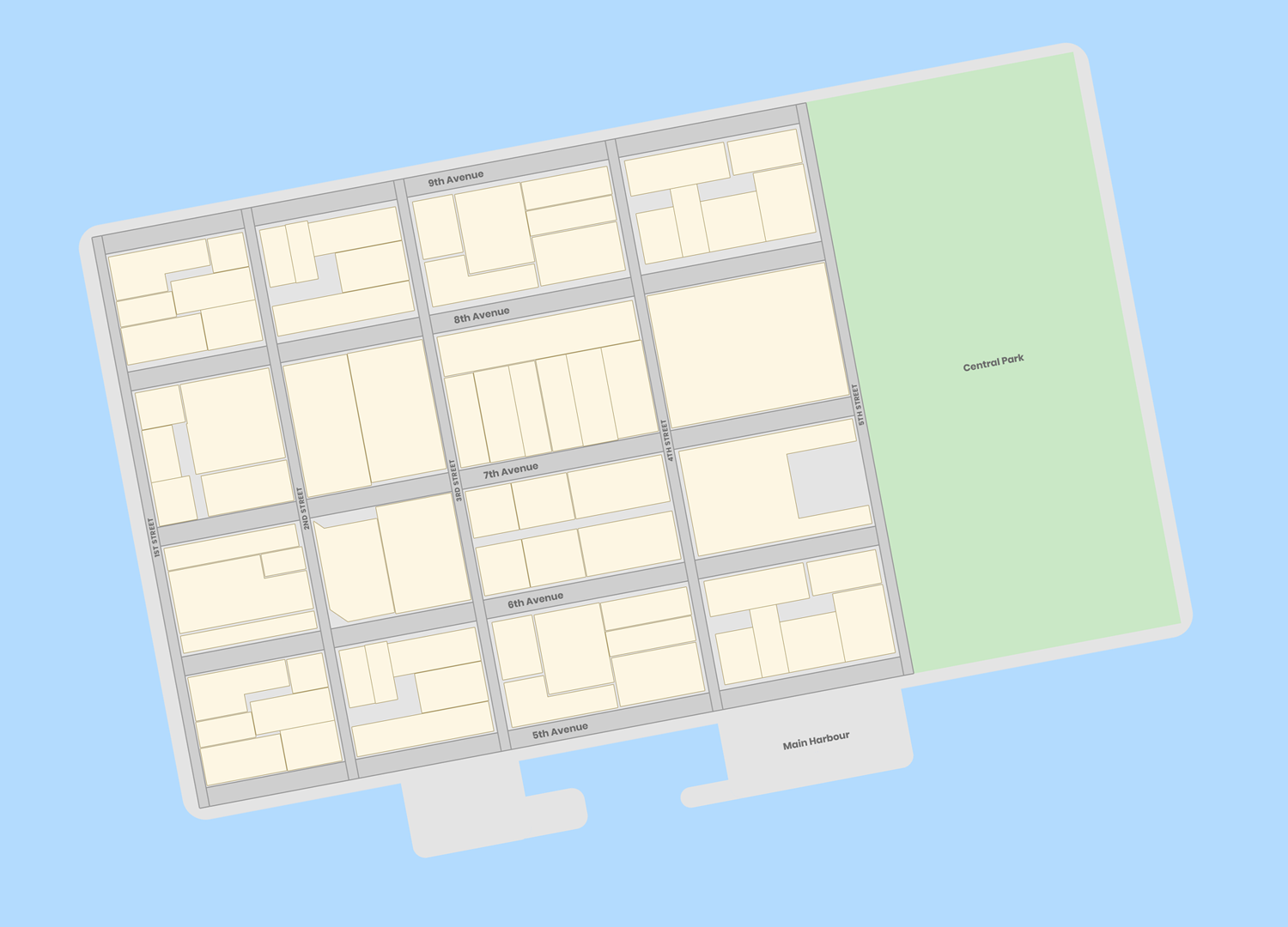 I expect the final map to be 4 times bigger.

Similar to Startup Company, I’ll be the only developer working full time on the game. Fortunately, I’ll be hiring contractors to help me produce some core components such as the 3D models, complex Unity systems, UI design, music and sound effects.

I plan to release devlogs showcasing the progress on average once a week. I’ll also continue streaming the development on Twitch: https://www.twitch.tv/jhovgaard

Since I have, no pun intended, big ambitions for the game, I expect at least 2 years of development before the first build is ready for the public. It’s definitely a long time away but I don’t want to take any shortcuts so that I can provide the best possible experience.

I’m determined to build a game that does more than entertain you - something that makes you dream big after closing the game.

I hope you’re as excited about Big Ambitions as I am. I cant wait to show you what I’ve got lined up for future devlogs, so make sure to subscribe to the newsletter below.

Thank you for reading!