I hope all of you had a great New Years! As you might have noticed or read on Discord, I decided to cancel the last devlog, as I simply didn’t have anything exciting to show you. Most of my own time was spent on fixing bugs found through the Alpha 1 testing and the rest of the team have been taking some time off for the holidays.

Good thing is, now we are all back at full speed with no holidays in the near distance, meaning good progress to come! 🥳

One of the major problems I discovered through the Alpha 1 testing, was that I had too many UI panels doing various things like showing a grabbed item, showing the driven vehicle, or showing cargo of a hand truck. I have now merged all of this into a shared UI panel that handles all these use-cases. Hopefully this simplifies the experience for the player. 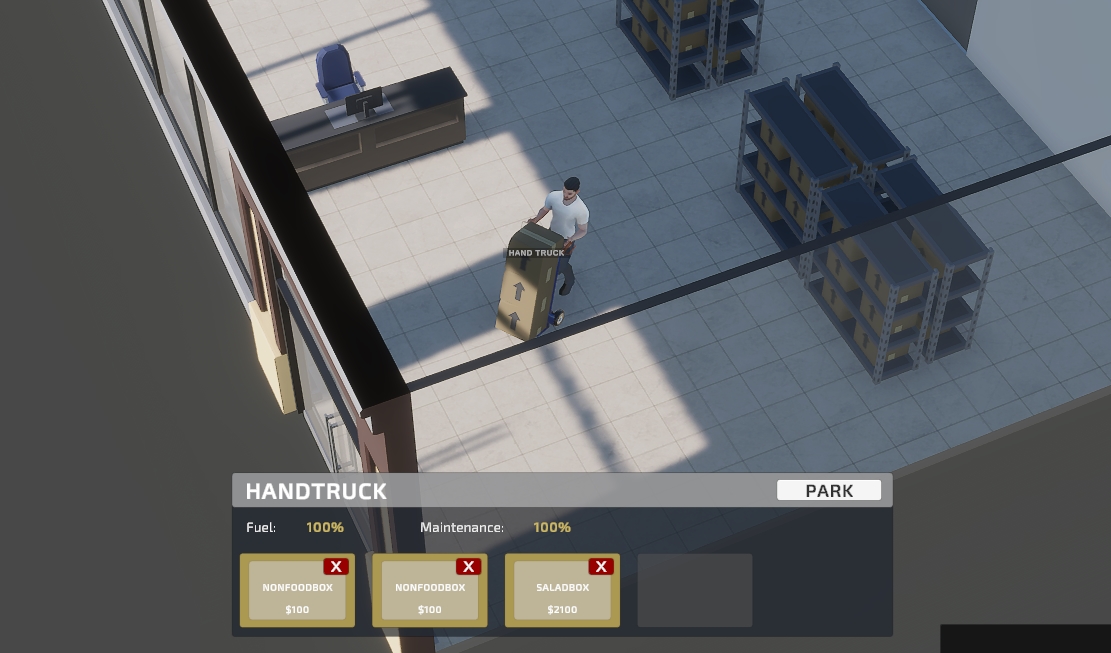 The school has now been added. It was part of the game earlier, but using the placeholder assets. Right now, the education mechanic is using it’s own UI system, but I plan to merge this into the new one mentioned before. 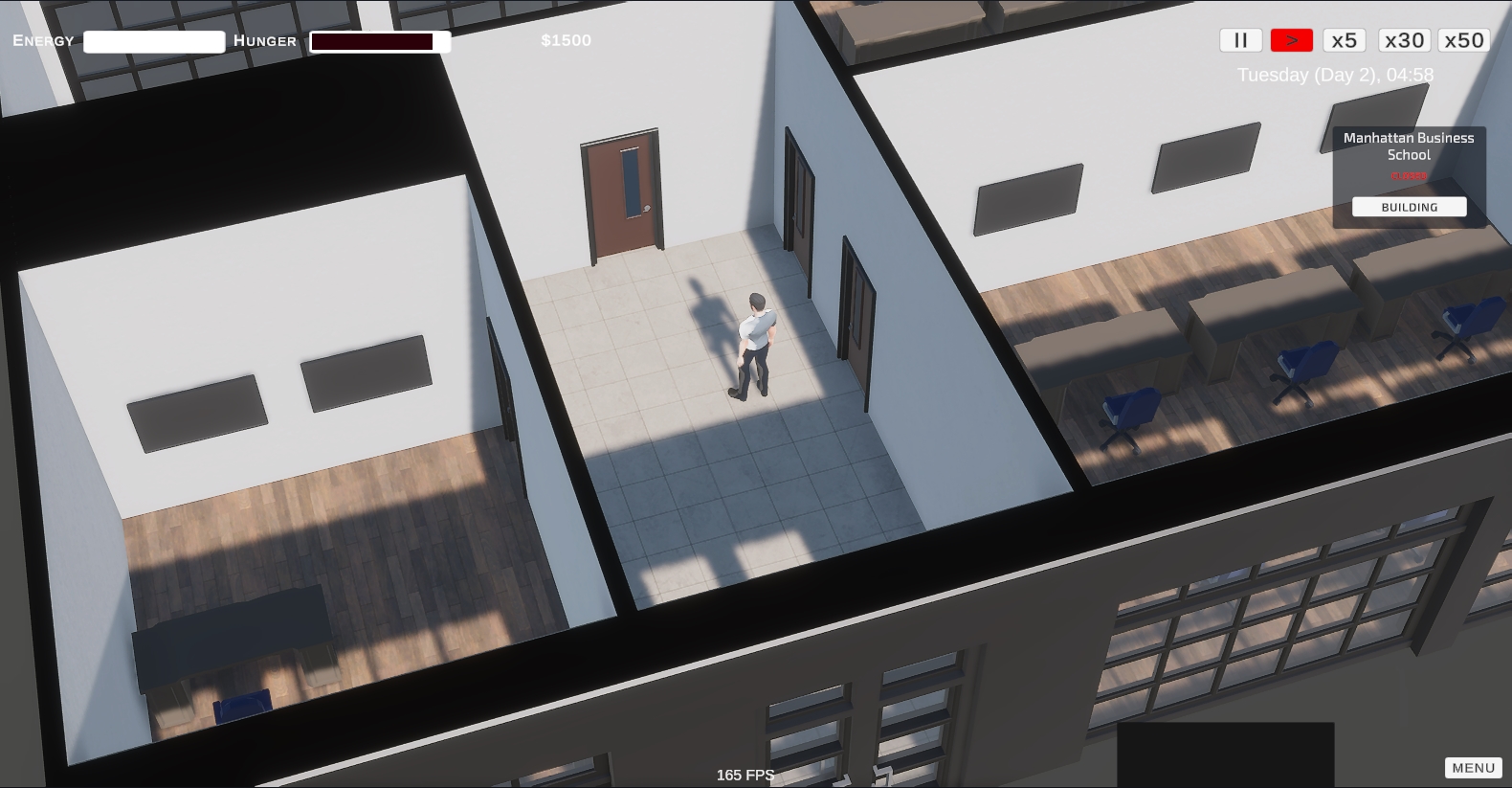 Another learning from Alpha 1 testing was that players had a hard time figuring out what the different items was. For example, what exactly is a “metal shelf” and which box contains “fresh food”.

Inspired by Diablo and Path of Exile, I have implemented a label system. By holding the ALT key, all details about items will show up.

Another issue we found was that travelling around the city without a vehicle took forever. I have now added the ability to run when in the city scene. You’ll still only be able to walk when indoor.

The animation is still off, but as we’ll soon switch to production characters, I’m holding off improving this part for now.

A lot of work has been put into the first character of the game. This is the “muscular young male” character.

It’s still work in progress (some proportions are off obviously), but I think it clearly shows the style we’re going for. Looks pretty nice right? 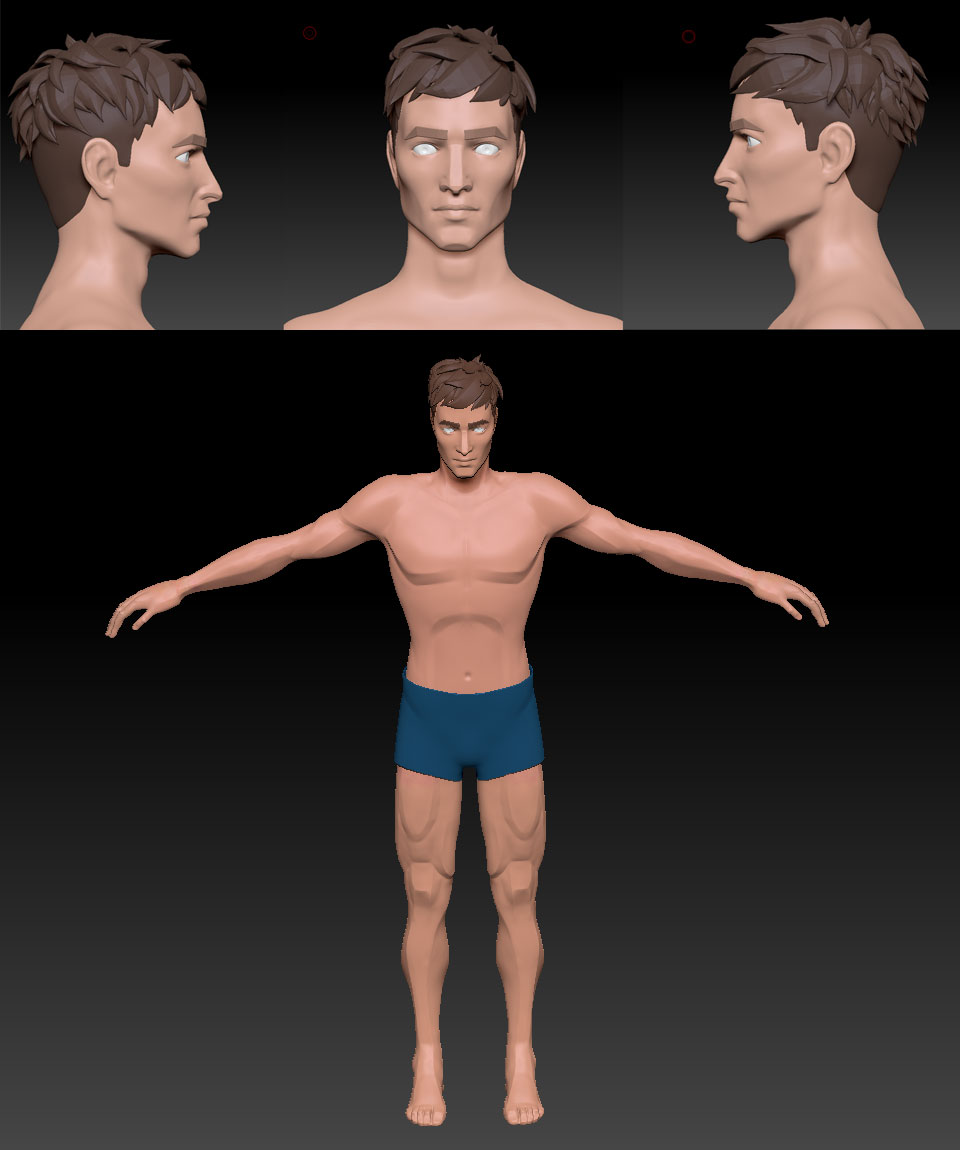 Robin has started working on the BizMan app, which is where you’ll be controlling things like business name, inventory, pricing, employee schedules etc. Below you’ll see an example of a selected building which is up for sale (real estate investment): 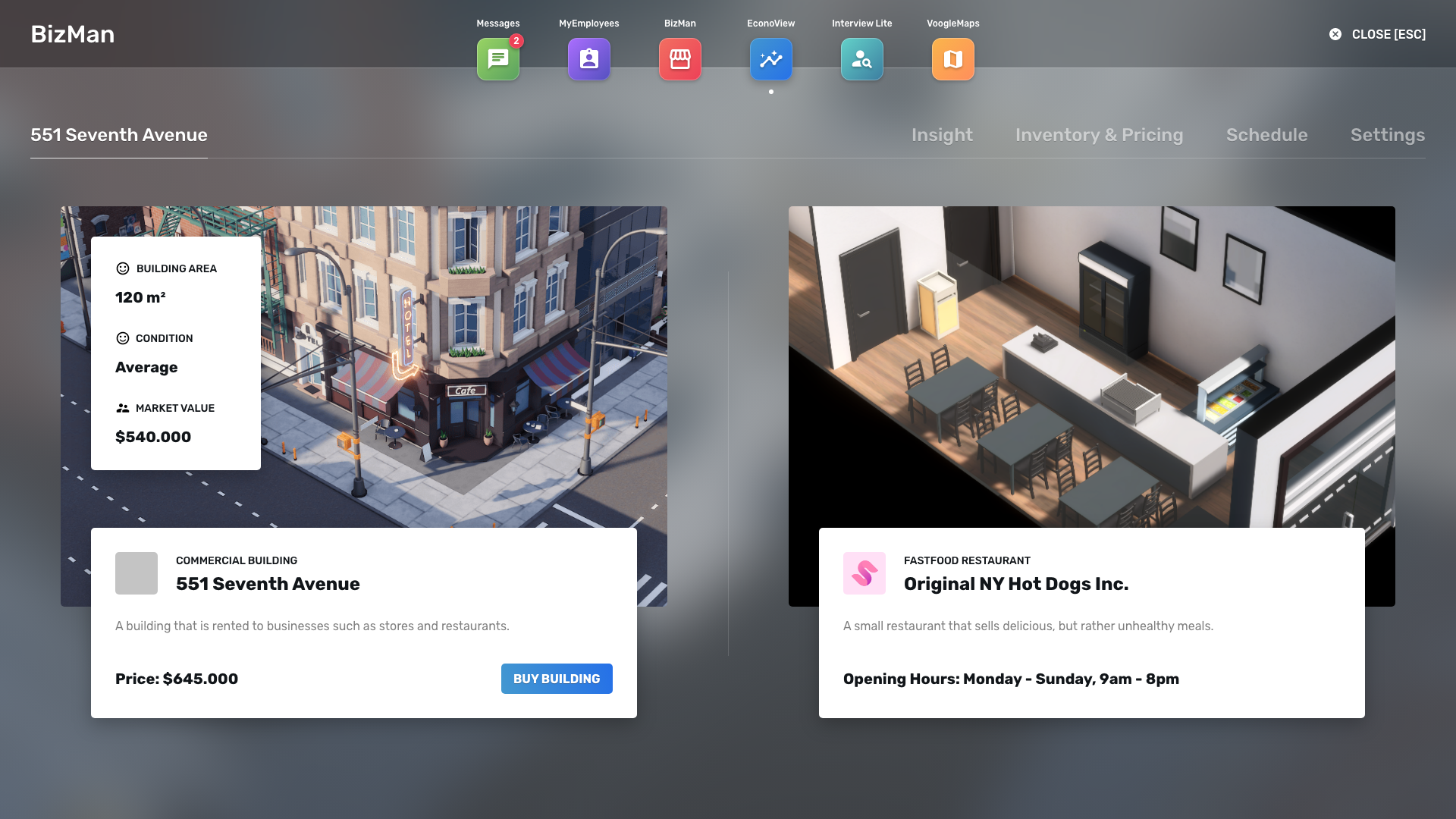 I’ve talked about this before. Now it’s functional! Players will be able to visit the dealership, buy a vehicle, exit the building and drive way.

The city will feature a lot of different dealerships, offering a wide range of vehicles. More about this later. 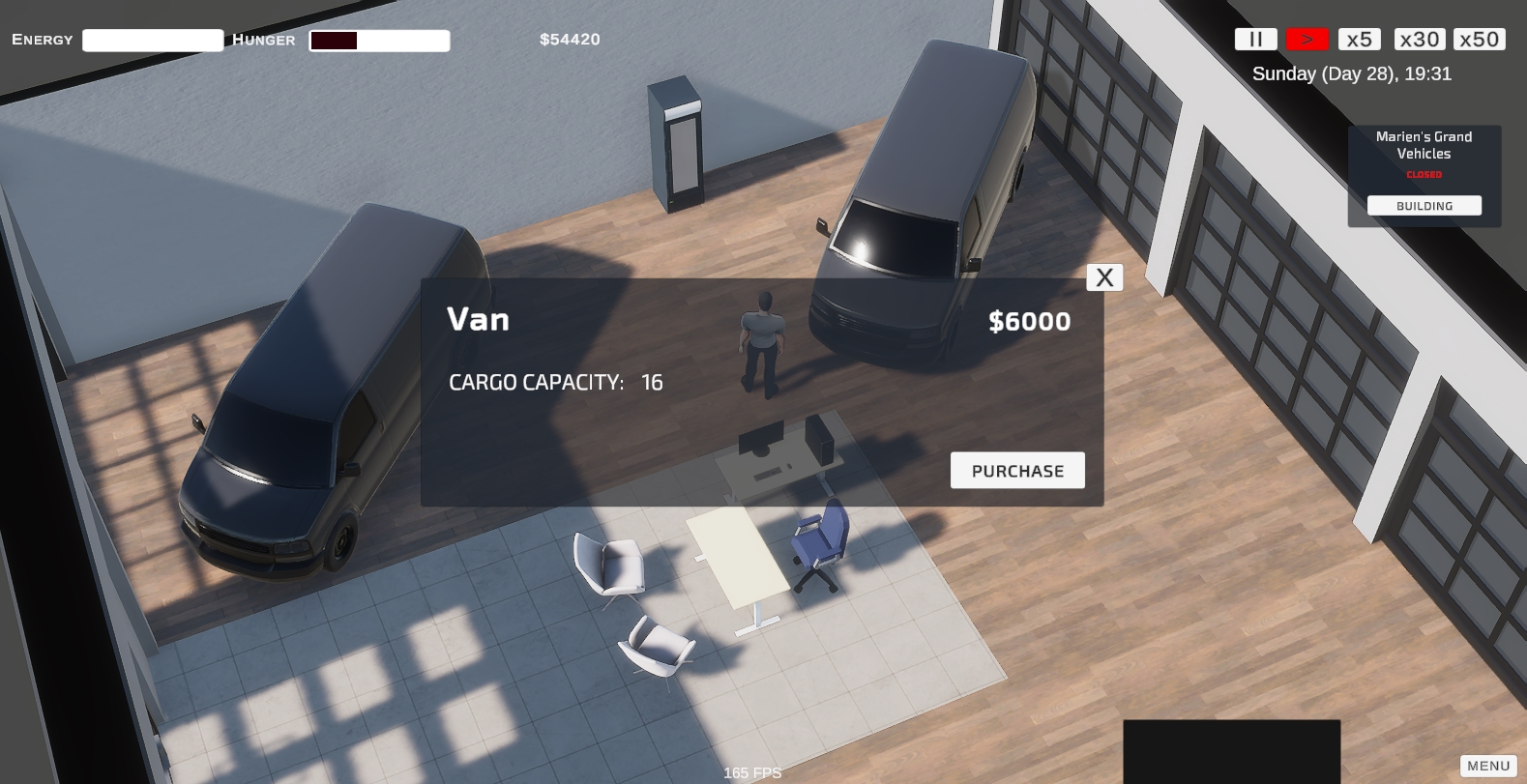