Let me start by warning you: this isn’t the most exciting devlog! I had a lot of interruptions this couple of week, including having the fiber cable to my house cut over. Fortunately, everything is back to normal now 👍

Let’s look into what I got done after all:

While my fiber was disconnected and all I had was an unstable 3G connection, I decided to finally start working on the story line of Big Ambitions. I had some good progress and even ended up completing all of the story included in Alpha 1.

Here’s the prologue script that starts the game:

It’s been 3 months since grandma died. I know that I’m an adult now that I’m 18 years old, but still… It feels so scary that no one is there to take care of stuff.

There’s one good thing though. At the funeral, my uncle Fred asked me for my phone number. He said he wanted to help me get on my feet. I don’t really know him, but I guess he’s family after all.

The words are coming from our main character. We instantly get introduced to Uncle Fred. He’s an unknown rich uncle, who will be the player’s mentor throughout the game. As the game evolves the player will slowly start to learn about Uncle Fred’s relationship to the main characters father and how our main character ended up on the street in such a young age.

After finishing up the initial story line, I decided to implement the tutorial system. It contains of a combination of Uncle Fred talking and set of objectives to be completed. I’ll soon start looking for a voice actor for Uncle Fred. I’m imagining a Michael Douglas kinda voice.

The tutorial/Uncle Fred is completely optional and can be disabled at any time.

This capture shows placeholder graphics. The game will not look like this!

It’s now possible to buy a fridge (from the appliances store). By placing the fridge in your apartment, you can buy food from the local supermarket and store it in the fridge for consumption later.

The advantage is both cheaper food, but also that you have access to food right as you wake up. Alternatively you will have to go to a restaurant to fulfill your hunger. As you progress in the game, time matters more than everything. Standing in line in a fast food restaurant is far from optimal.

This capture shows placeholder graphics. The game will not look like this!

In last devlog I was hoping to have started switching out the current placeholder assets. That was probably a bit too optimistic. The team is still working hard on completely the first city prefabs.

It’s really starting to look good. Below you’ll see a few screenshots of what we got so far. Please note this is rendered without any anti-aliasing or post-processing. It will be even cooler in its final form 😎 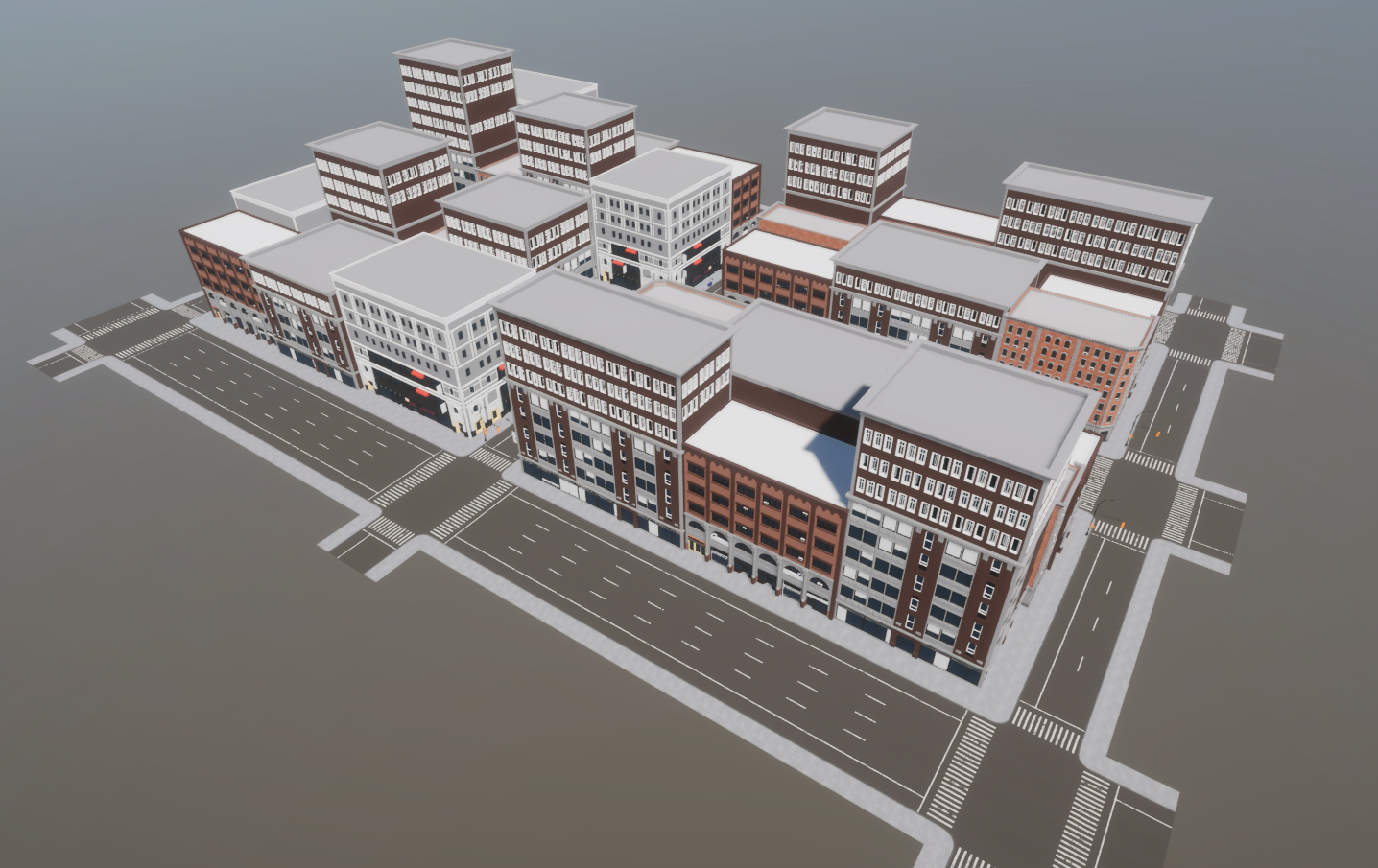 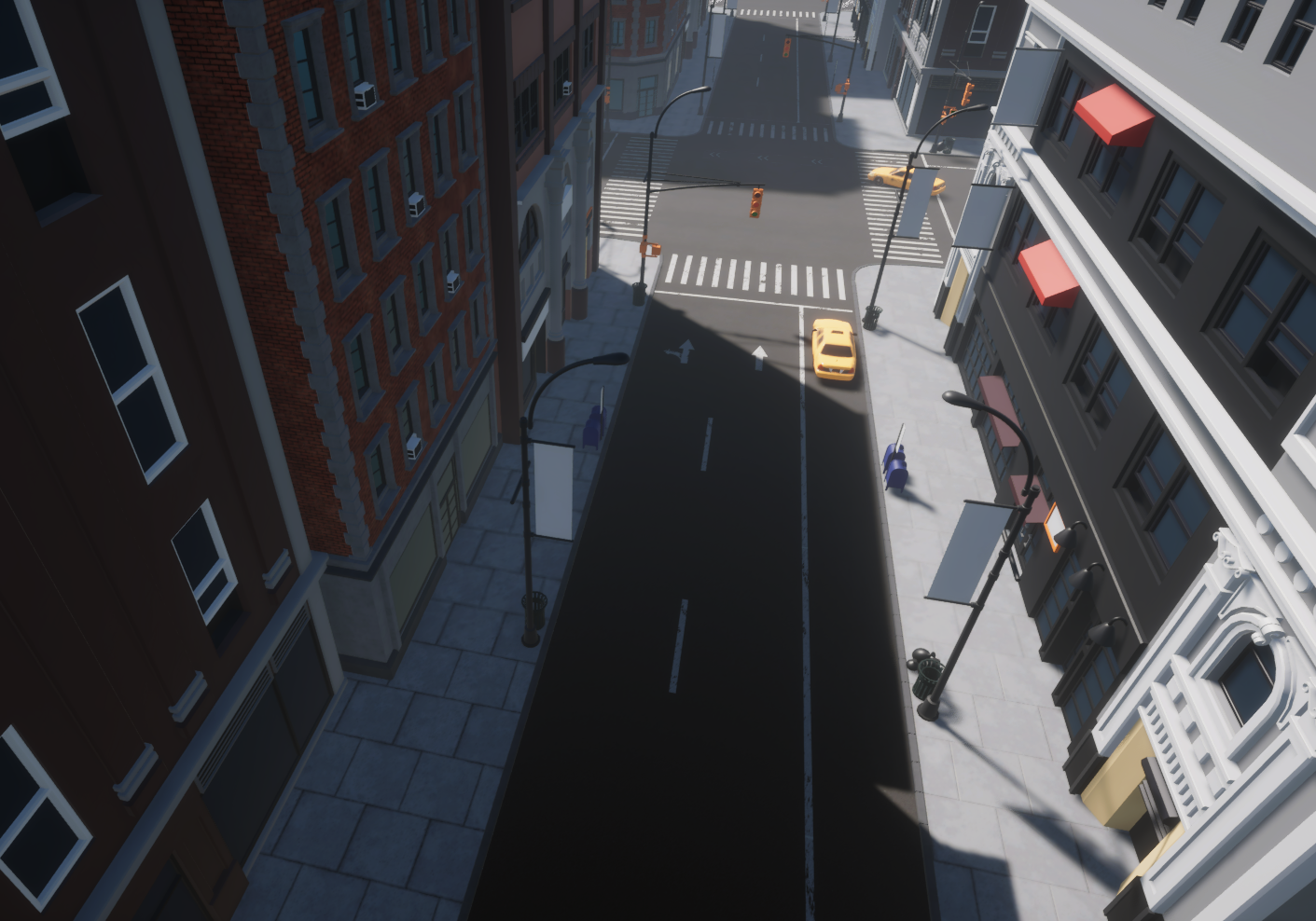 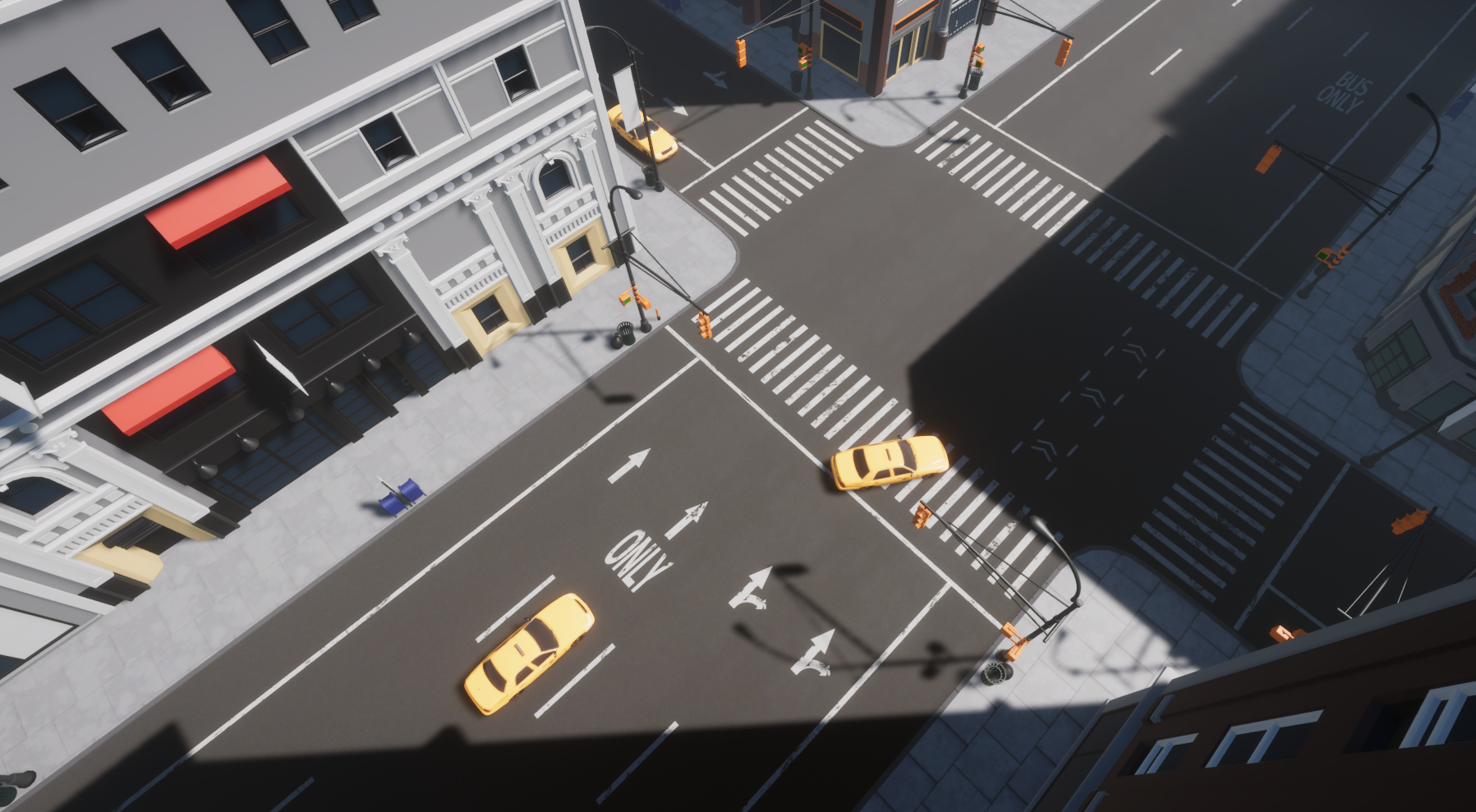 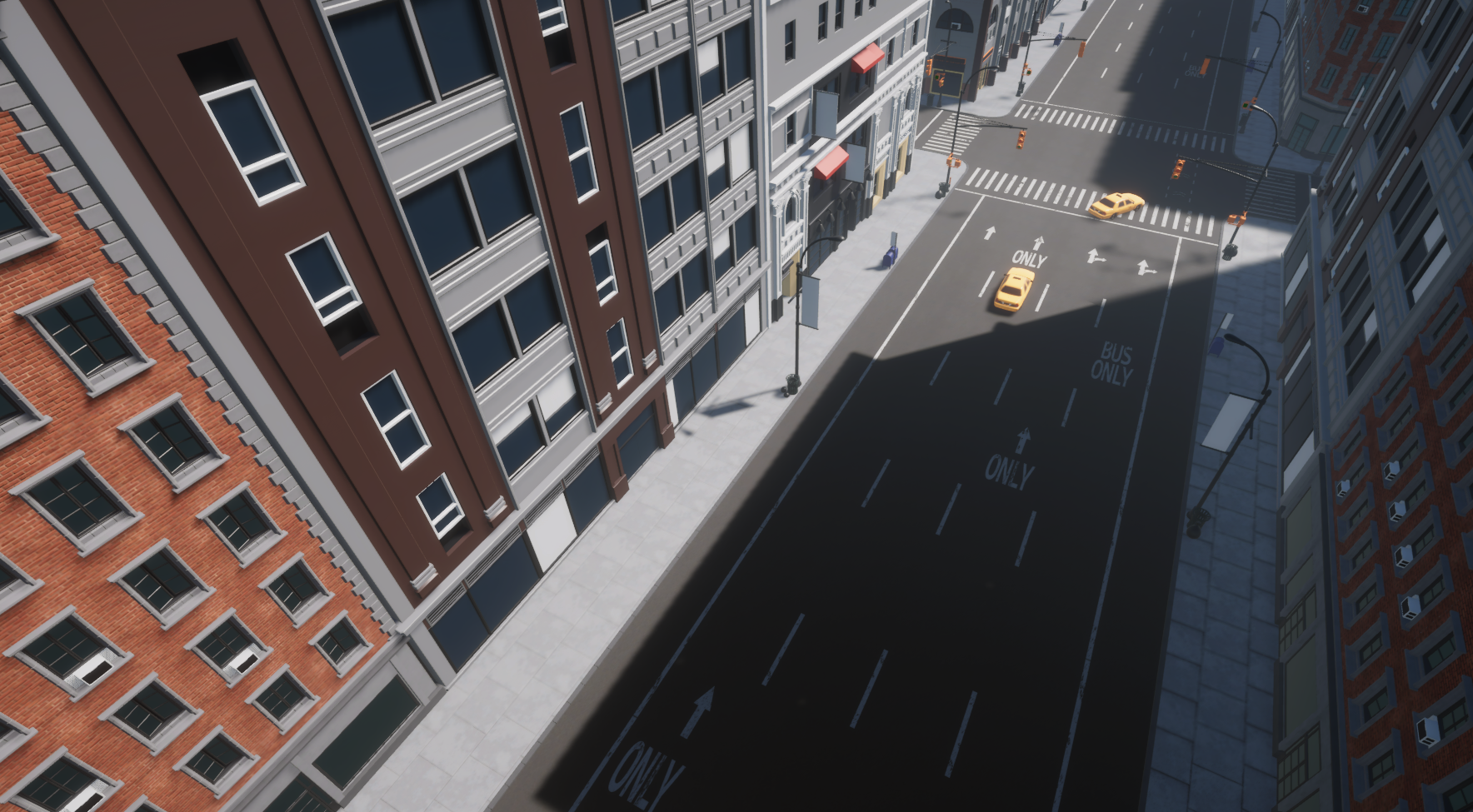 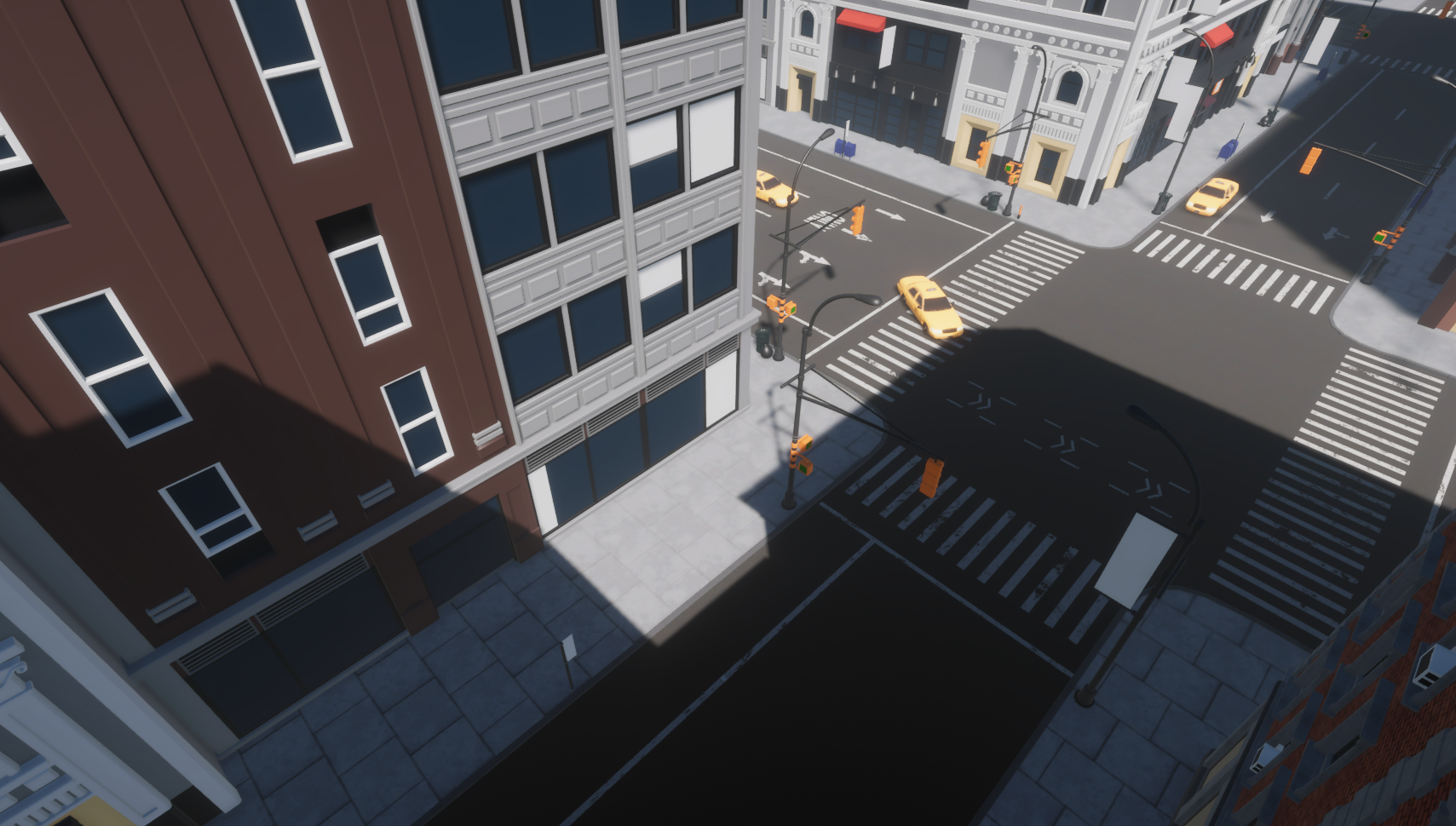