It’s been a while since the last regular devlog. We’ve prioritized the Alpha 7 release as well as the post-release update. Now we’re back with some fresh development insights. Before we start, let’s take a look at the updated Steam wishlist: 24,452!

With lots of work to do, we’re happy to welcome another team member. David is assisting Jonas#1 and Jonas#2 with development and bug fixing. Besides, he’s lucky to have a name that doesn’t need a number (yet). Good to have you with us, David! 👋

What the Hell’s Kitchen? 🏙️

We’ve talked about Hell’s Kitchen several times before. Finally, it’s ready to go: Jonas#1 has set it up and spent lots of time connecting all the roads to be used by traffic. Everything still needs a bit of polishing before being ready for a release to our gold supporters. 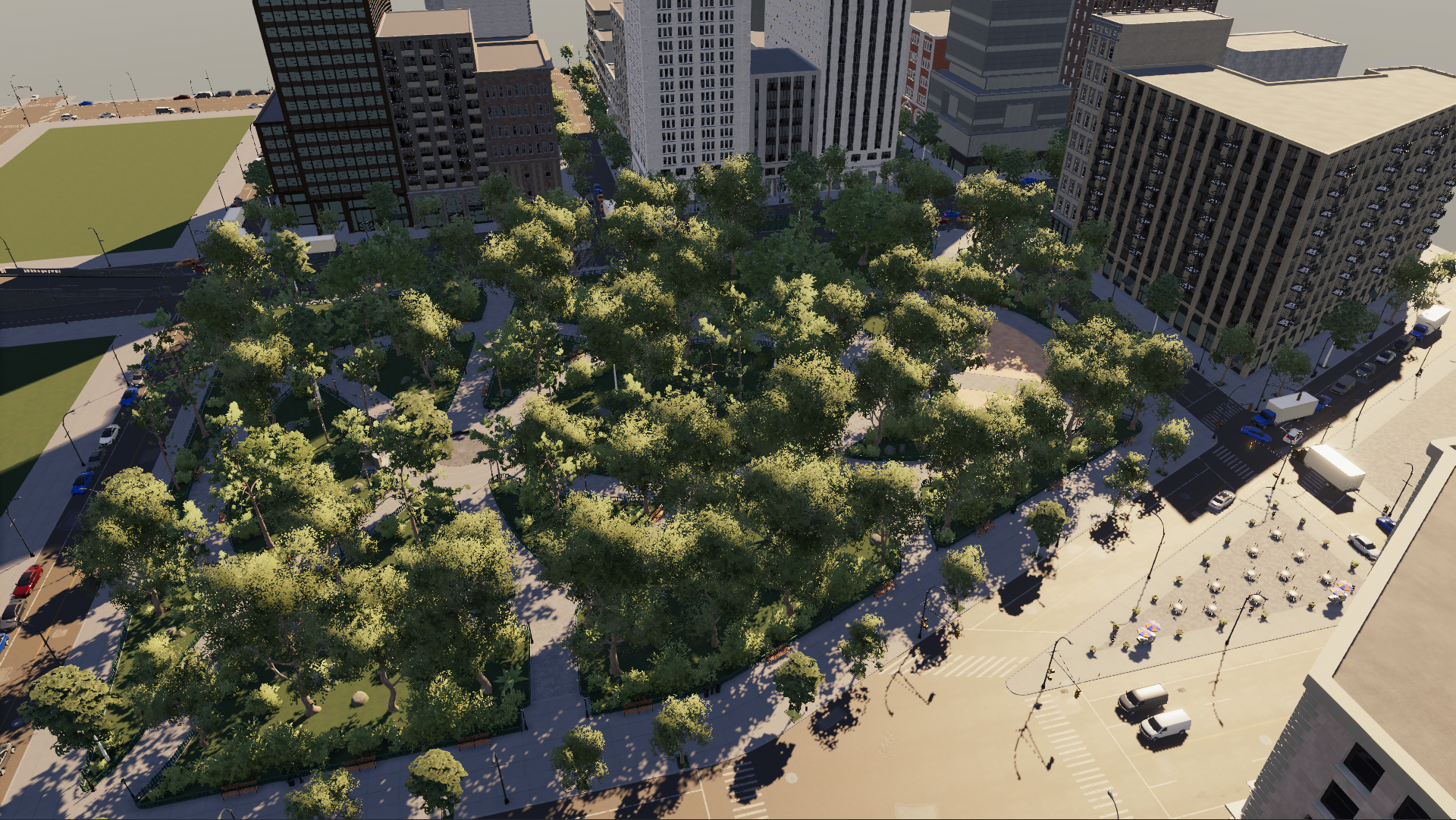 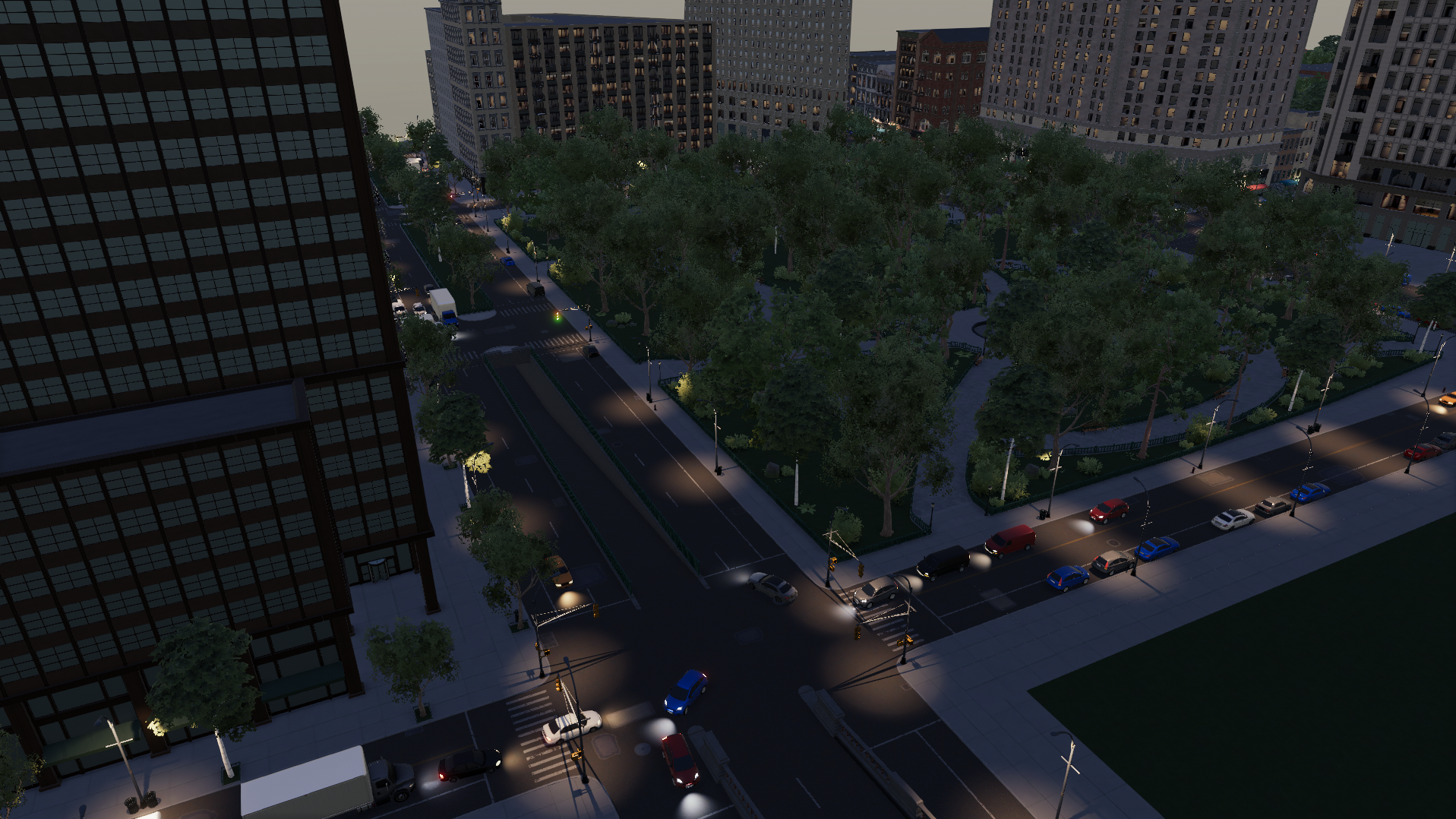 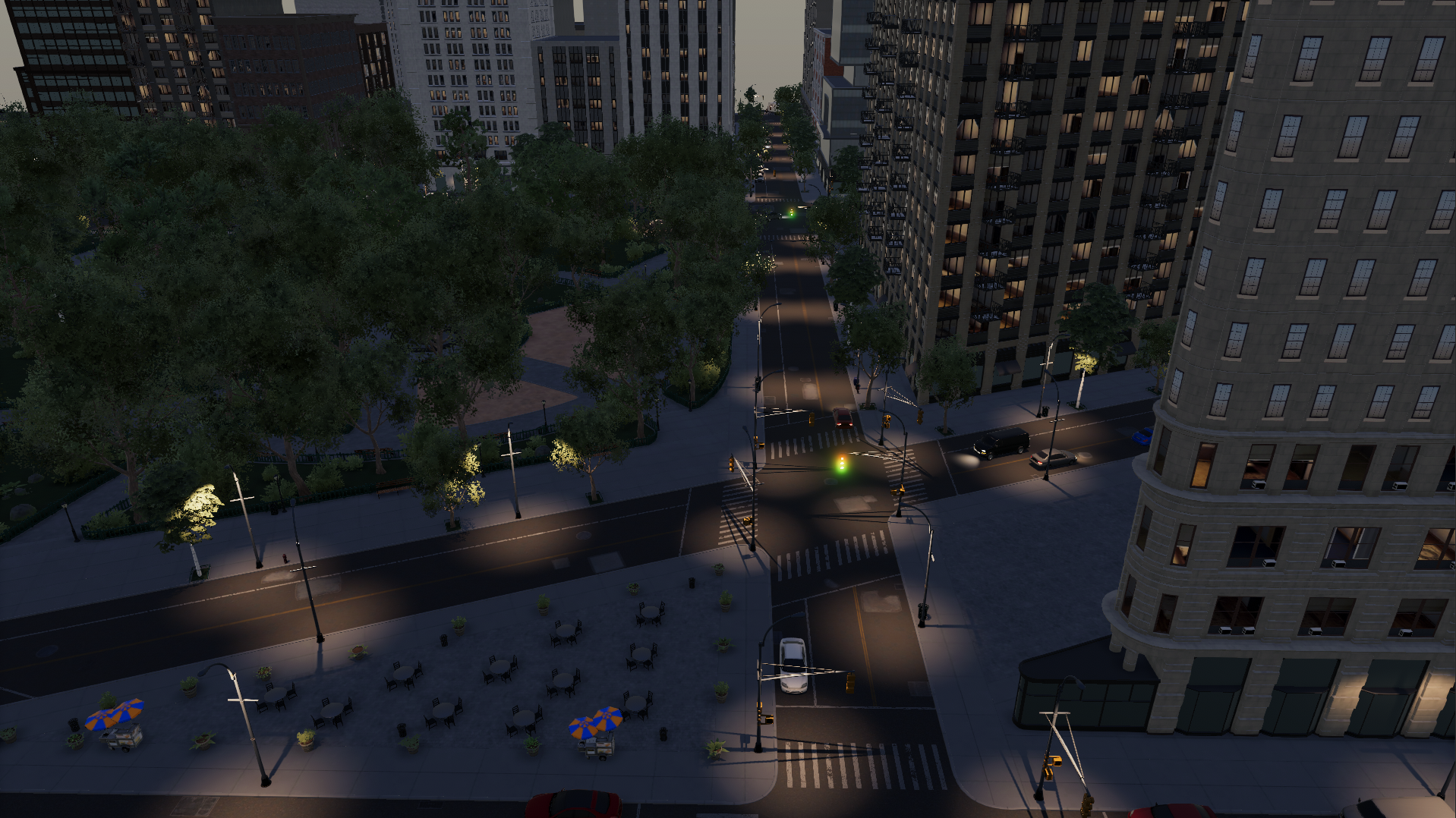 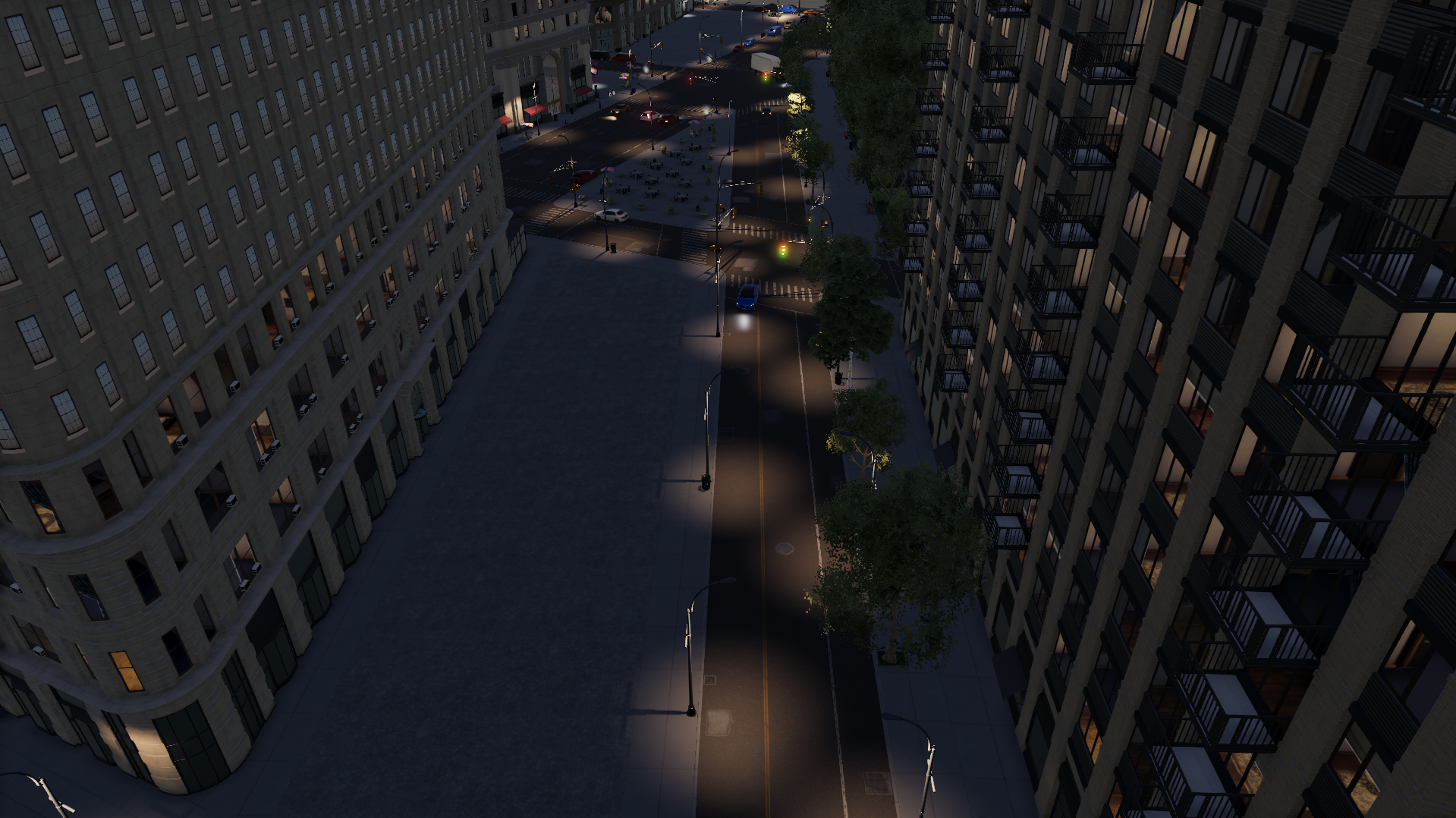 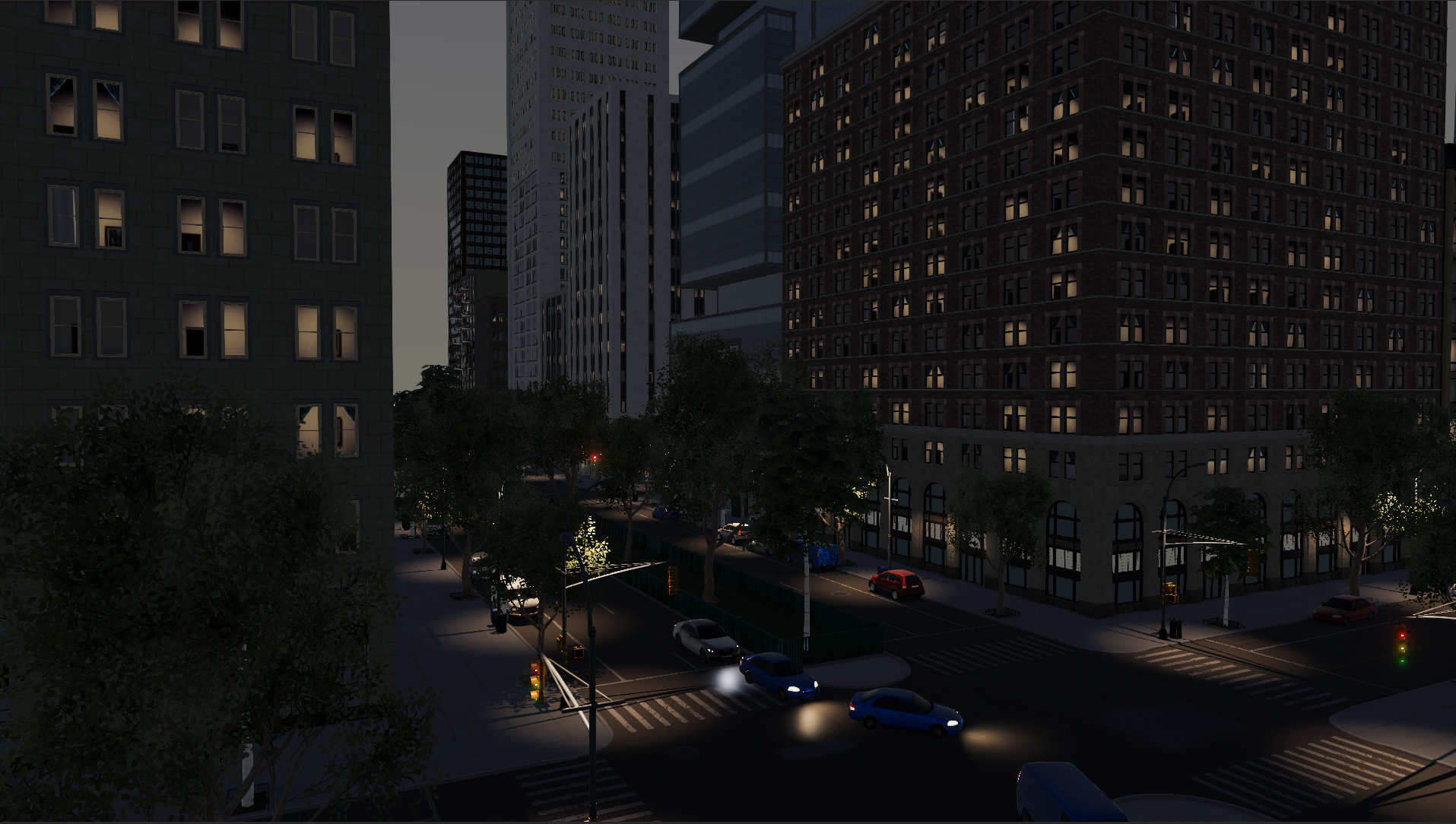 Flood the city with ads 🪧

Marketing is one of the most asked-for features. The new marketing agency will work similarly to the recruitment agency. For now, you can order advertising packages for Friendbook, Jitter, Latergram, and Voogle. Of course, other options like billboards will follow later.

David added a marketing tab to the BizMan where you can check all details of your current marketing campaigns. 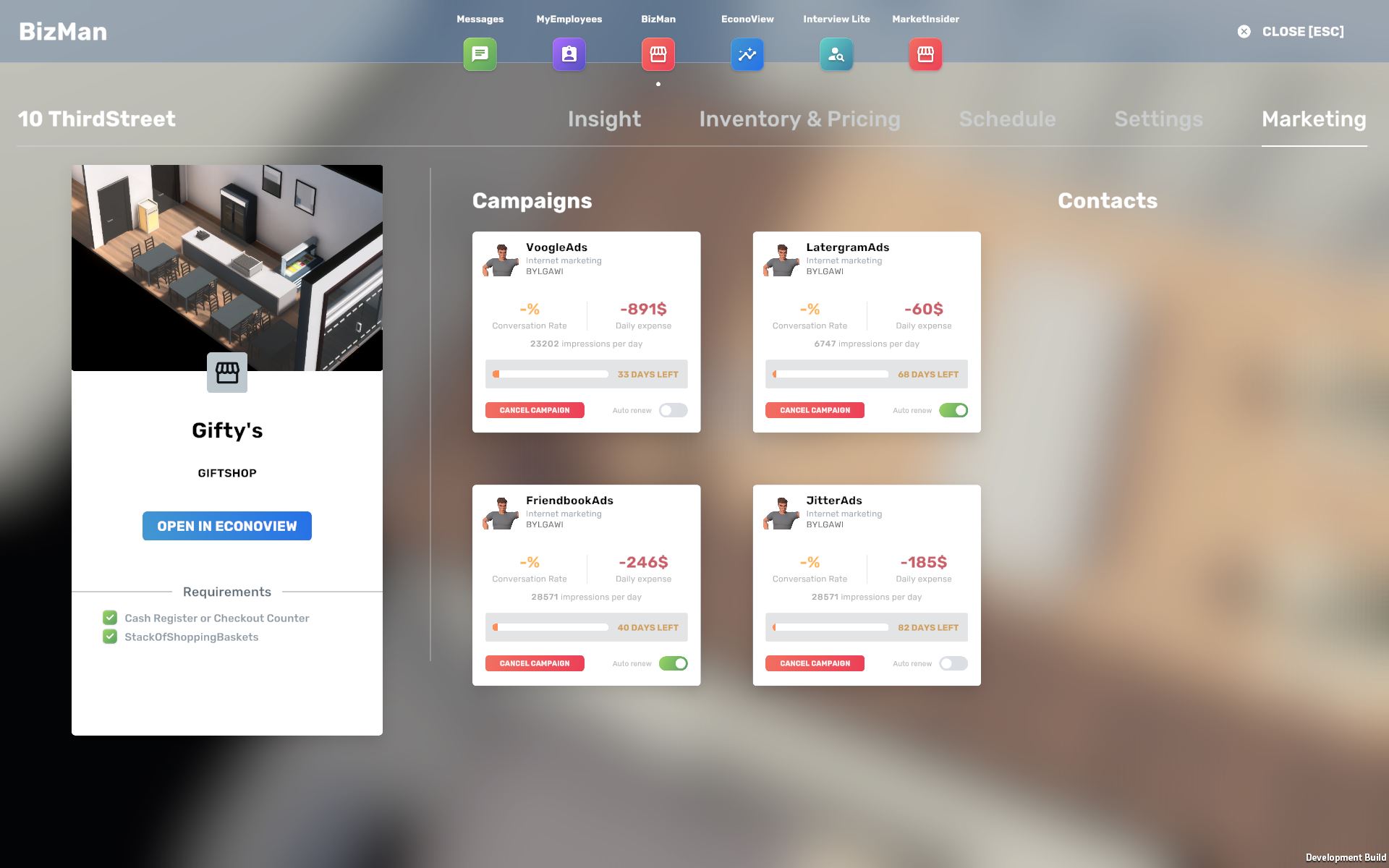 Currently, the BizMan only contains static background images, which often don’t fit the actual business. Jonas#2 changed it to display the actual view of the building and its signboard. This feels so much better! 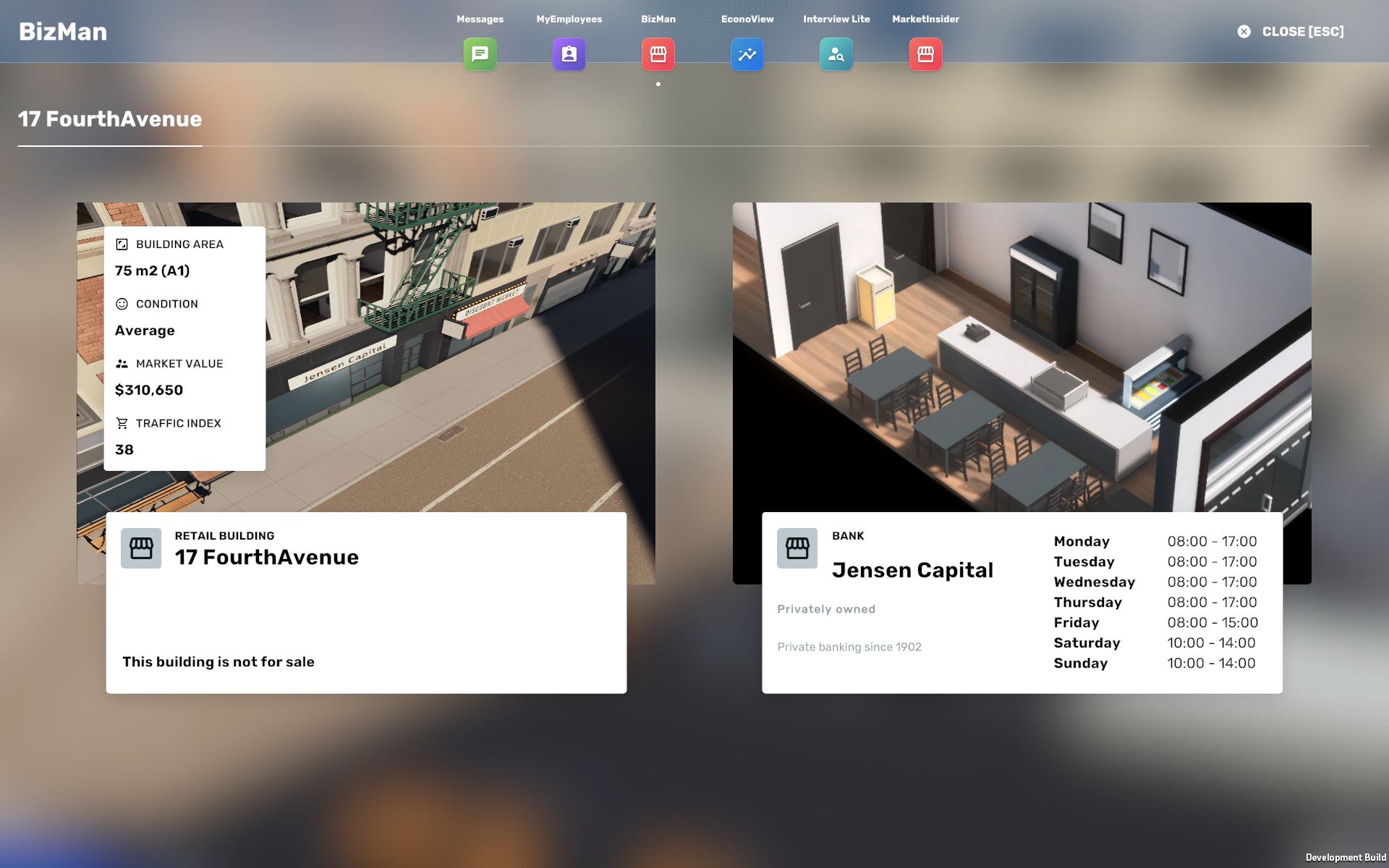 The building resume overlay showing whenever you move the mouse over a building has been repositioned by Jonas#2. While the previous position depended on the camera angle, it has been changed to always stay within the building outline. 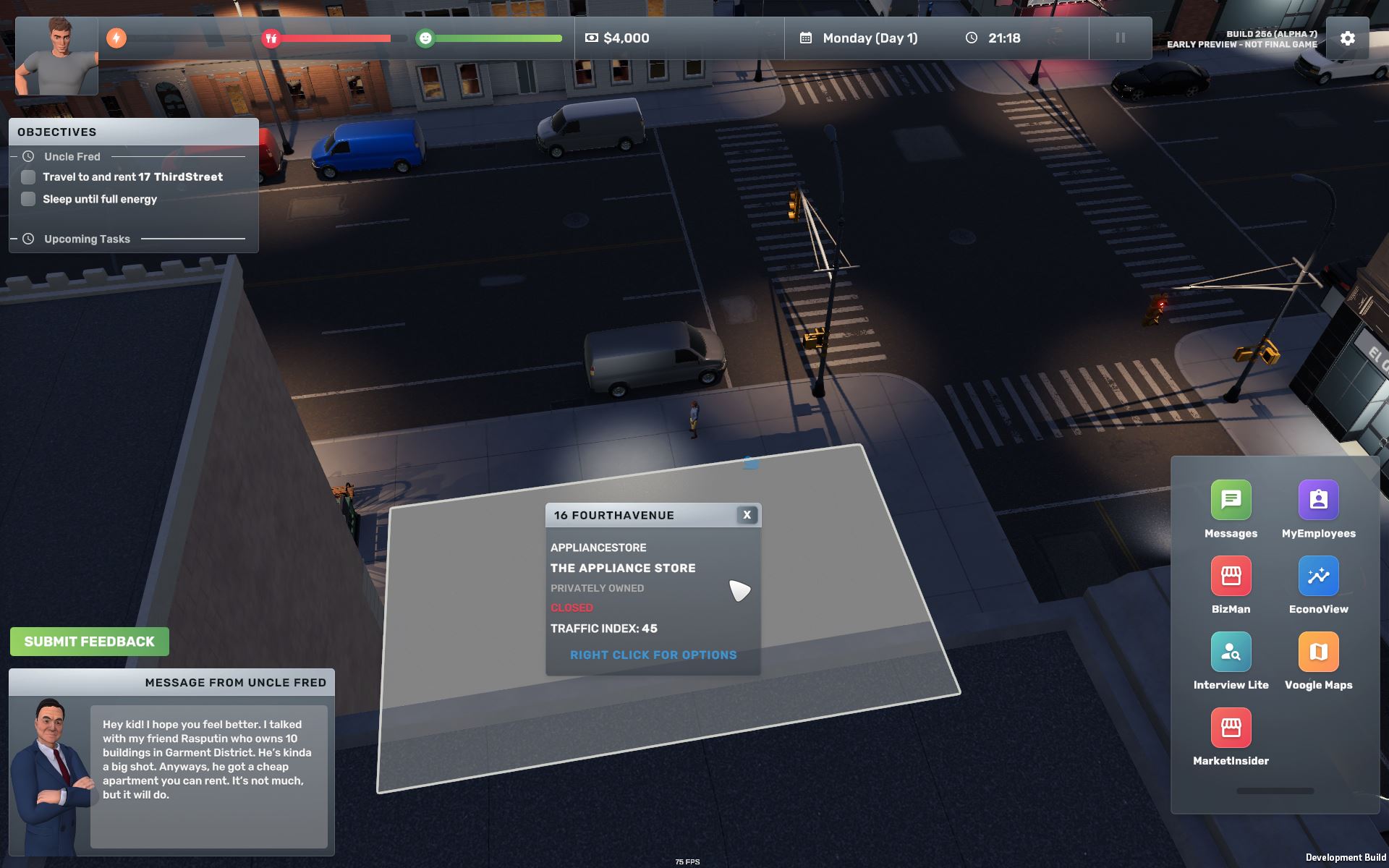 Many of the game assets are pretty heavy to display and reduce the game’s frame rate. Our 3D artists are currently optimizing many of them to reduce complexity. Hopefully, this will make the game run much better even on older devices.

Light up! But not all at once please… 💡

Jonas#2 has updated the street lights so that they will be flickering when switching on. Additionally, they also got some randomization in the time - just like on a real street, some will light up later than others.

WASD - What Anyone Surely Demands ⌨️

Many of our gold supporters asked for WASD controls when walking. Good news: We heard you! They will come with the next update. Save the mouse buttons!

Closed issues since the last update 🪲

We use the up-vote count below to measure how many of you read these devlogs. If you enjoyed it, please let us know by hitting the like 👍 button below, thanks! ❤

That’s all for today. We’ll be back in 2 weeks with further updates.