It’s been a hectic couple of weeks. We had a lot on our hands, but also made some decisions about rewriting and improving parts of the game, which ultimately pushes the release date of Alpha 7. We expect about 1 week of delay. We’ll keep you updated on Discord and the community platform.

Previously, the indoor buildings were one big 3D model, allowing very little customization. As we wanted to give you guys the option to paint and modify the walls and floors of your businesses and apartments, we decided to completely redo the scene, and instead create the buildings out of modular pieces. This has the advantage of walls and floors being split into smaller 1 meter wide pieces each having its own color and material.

In a team effort, Victor and Paul #1 quickly created a pack of building pieces. Afterward both of the Jonases put together a brand new UI and new game mechanics, allowing you to freely change the look of every building you rent or own.

We still need to add a lot of materials and color options, but now we got the skeleton done. The rest is easy peasy!

“The placement tool” describes the tool you use for placing furniture and items in your business or apartment. The current version was done by Jonas #1. It worked, but wasn’t very flexible and also written at a time where our demands for the tool were a lot smaller.

We wanted to give you the option to stack items. For example, put a cash register on top of a table and so on. For the last week, Jonas #2 has been super busy putting together an incredible system that gives us all the flexibility we need, both now, but also for the future.

For a long time, all the exterior signs on your businesses were controlled entirely by randomization. This changes in alpha 7, as you’ll now have access to the “Sign Appearance Settings”. You can change the font, color, sign type, and lighting colors.

Your competitor businesses will also start to have different-looking signs making the city, once again, feel more alive.

After releasing our first game “Startup Company”, one of the most requested features was “Draggable Windows”. Basically, players wanted to be able to move windows around freely and only see the data they needed.

I’m happy to say that this will be added to Big Ambitions. Right now it works for the map filters and the sign appearance settings, but we plan to add support to every window in the game.

While Big Ambitions is mainly about entrepreneurship, we also want to give you the option to reach for goals, achievements, and flat-out showing off.

Daniel #1 has been making a huge effort creating this Porsche 911-inspired car from the 70s. It’s a rare masterpiece that comes with a very large price tag. Buying the vehicle will instantly unlock one of the many Steam achievements and your character’s own personal goals (more on than in a later devlog).

The vehicle will be sold from a new exclusive car dealer in Hell’s Kitchen, only welcoming customers with a certain net worth.

We’re continuing to add new business types to the city and for you to open. Recently Paul #1 has been adding the furniture needed to open a Coffee Shop and a Liquor Store.

In alpha 7 you’ll start seeing your competitors running these businesses around the city (yes, Central Perk will be there 😂).

With these two added, we’re now moving away from the regular retail stores and into office-based businesses. More about that in a later devlog. 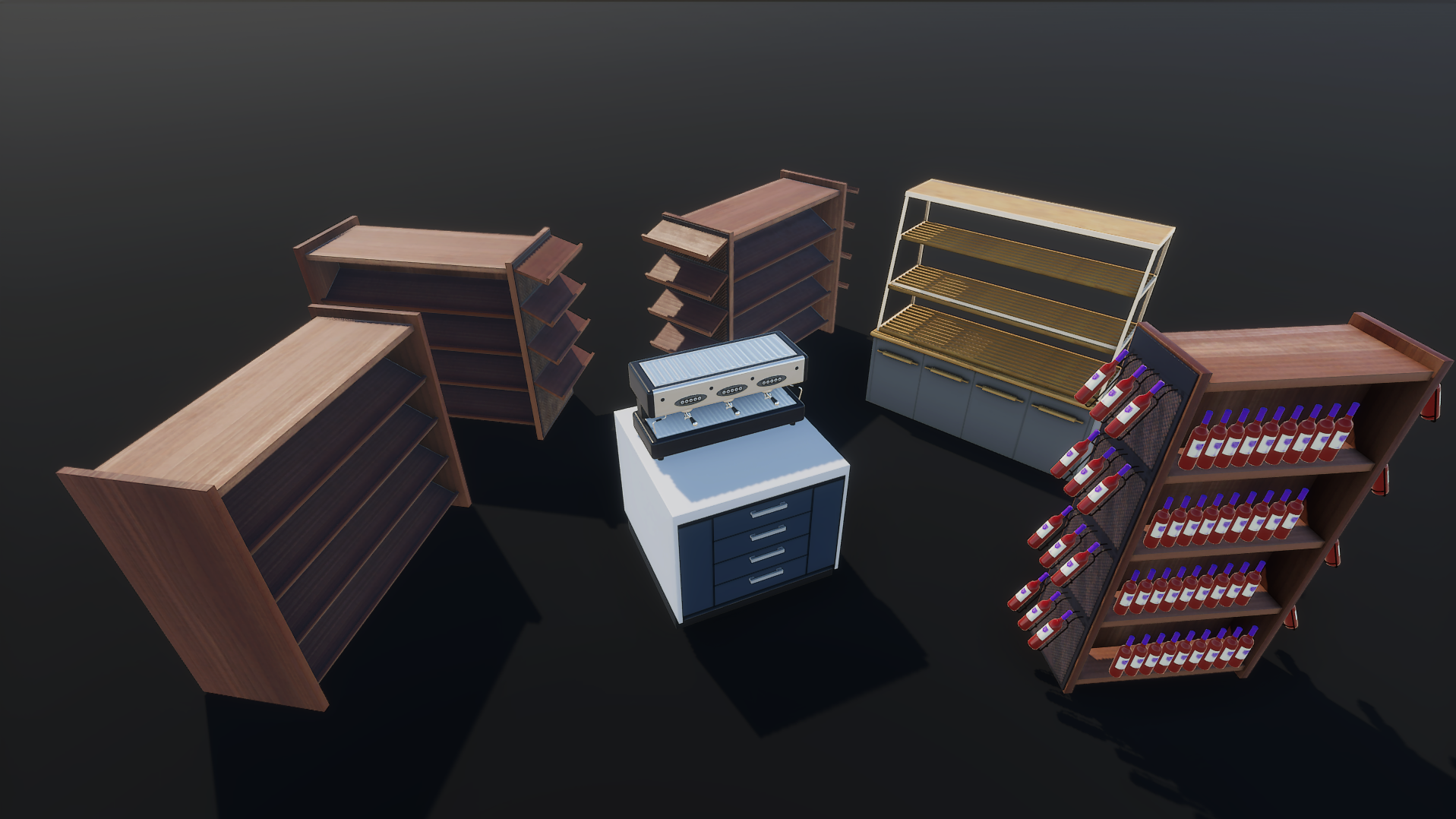 We use the up-vote count below to measure how many of you read these devlogs. If you enjoyed it, please let us know by hitting the like 👍 button below, thanks! ❤

That’s all for today. We’ll be back in 2 weeks with further updates.