Wow, what week it has been. I’m guessing most of you already noticed the Big Ambitions Steam coming soon page came online yesterday. While I still don’t have any exact wishlist numbers, I’m already feeling confident based on the number of visitors. Thank you to all of you who smashed the wishlist button, it means a lot!

The last 2 weeks haven’t been the most productive on paper at least. Preparing the Steam page and website update, working on the sneak peek trailer, and finally fixing a ton of bugs after the big mouse input rewrite, has been taking up most of our time.

Although, we still got some cool things to show. Let’s look into it…

Yesterday’s event was mainly focused on the “Steam coming soon” announcement. However, another exciting thing also happened at the same time: Pre-order is now available!

I’m still awaiting the sales result after the first 24 hours, but so far it’s looking very promising. I’ve decided to wait another 30 days to see how the sales stabilize. If it continues like now, there’s money enough to hire another artist to work on Big Ambitions. Fingers crossed, I’ll keep you updated! 🤞

Whenever you wanted to exit a building until now you had to find the exit door and then specifically click on it. It was annoying and would often force the player to click twice.

I’ve changed that so you simply have to navigate through the door to exit any building. Also, we got a fancy open/close-animation 🥳

It was initially planned for alpha 3 but was postponed until alpha 4. Now it’s here, including a new clothing rack. I’ve also added 8 types of clothing, each suitable for a specific type of customer/citizen:

The clothing store is quite special, as it’s the first store type with a complex and wide product selection. This means that you, as a player, have to make an educated decision about which products will sell well in the neighborhood, your business is located in. 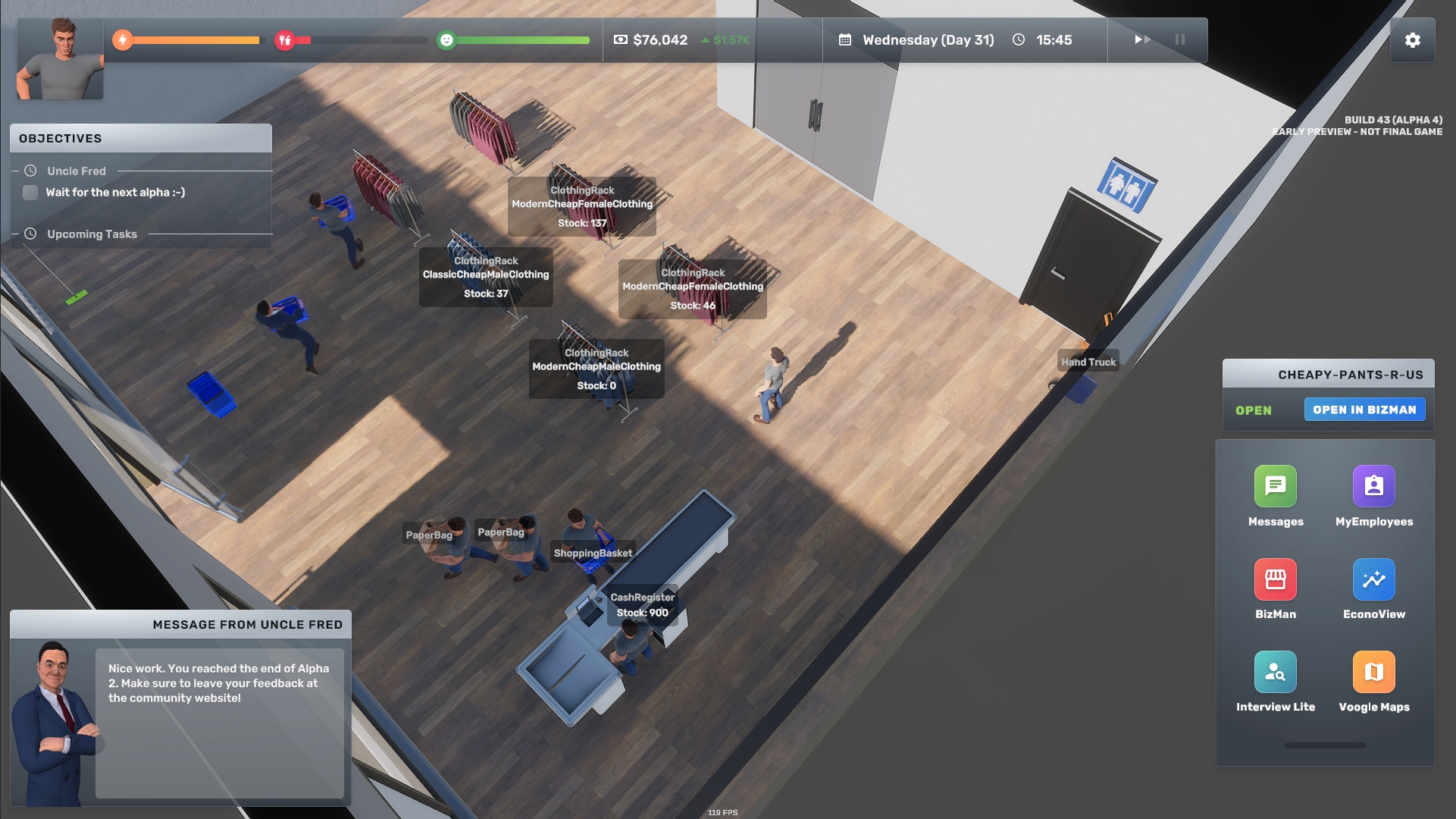 In Devlog #16 you saw the improved building hider that eliminated blind spots, especially relevant when parallel parking in the city.

At the time we simply hid the blocking buildings entirely. This is being changed now. Instead, we’re now only showing the ground floor of the building. Looks much better!

Points of interest added to the city map 👇

One particularly annoying part of the latest build was finding your apartment, businesses, or vehicles. As you primarily move between your own buildings, I’ve come up with a “POI” approach.

You’ll now see a special icon for your home, your businesses, and your vehicles. 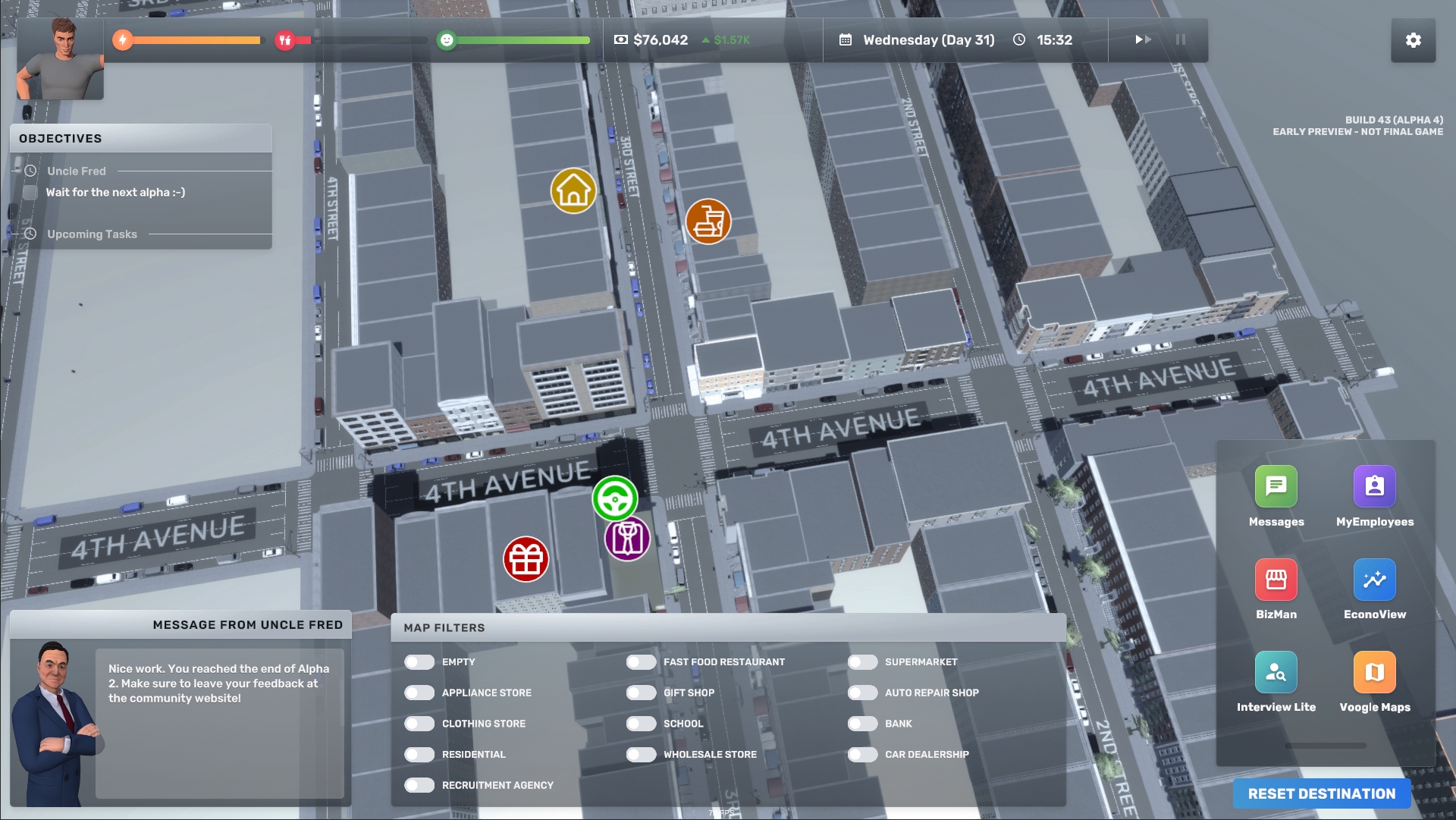 Dirty floors, but all the time 💩

Not the most exciting update, but I had to include it as its complexity was through the roof.

Earlier, dirt on the floors was only generated when the player was actively inside of a building. This has now been changed so no matter where the player is in the city, hotspots become dirty and require cleaning. 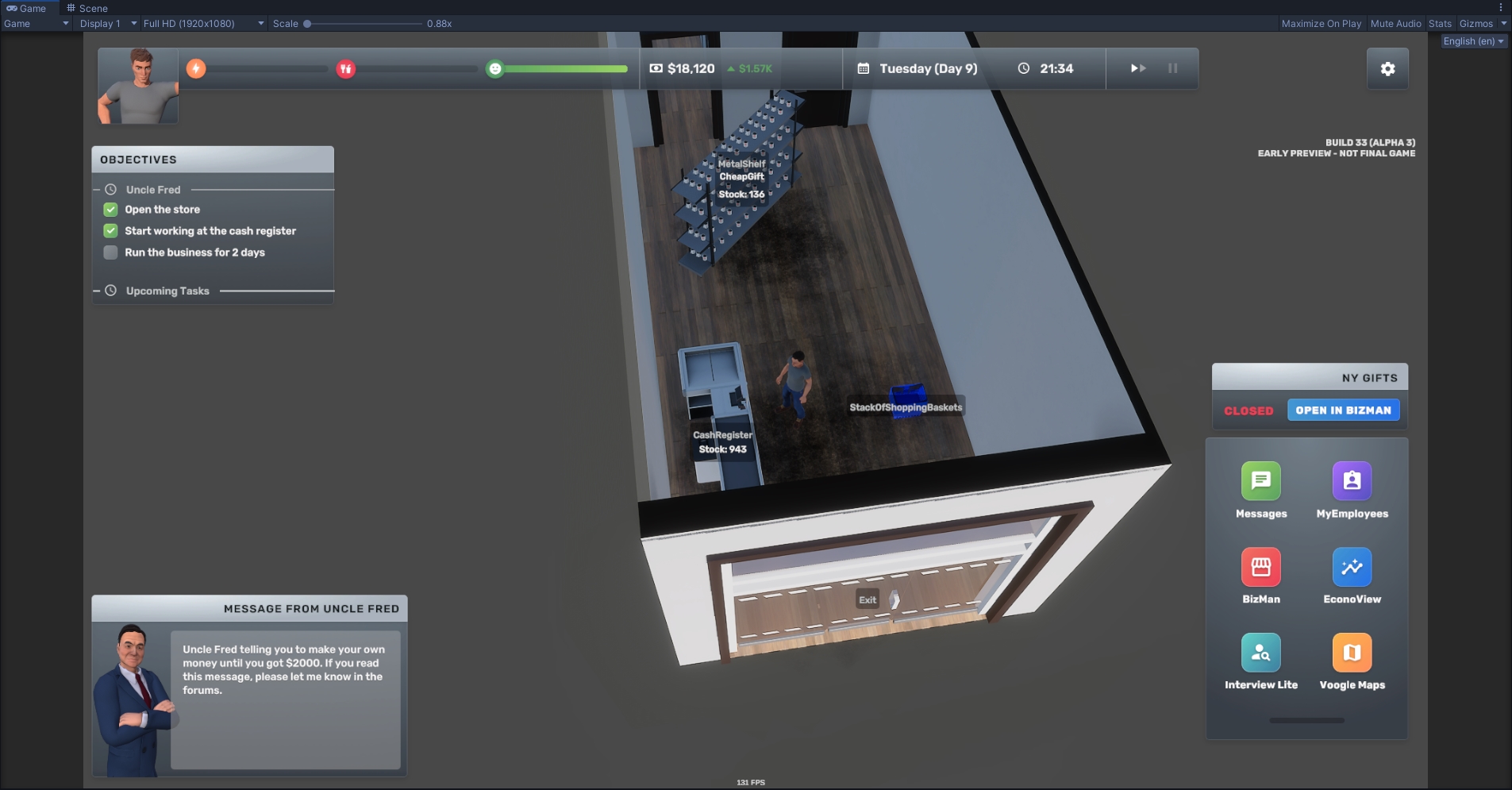 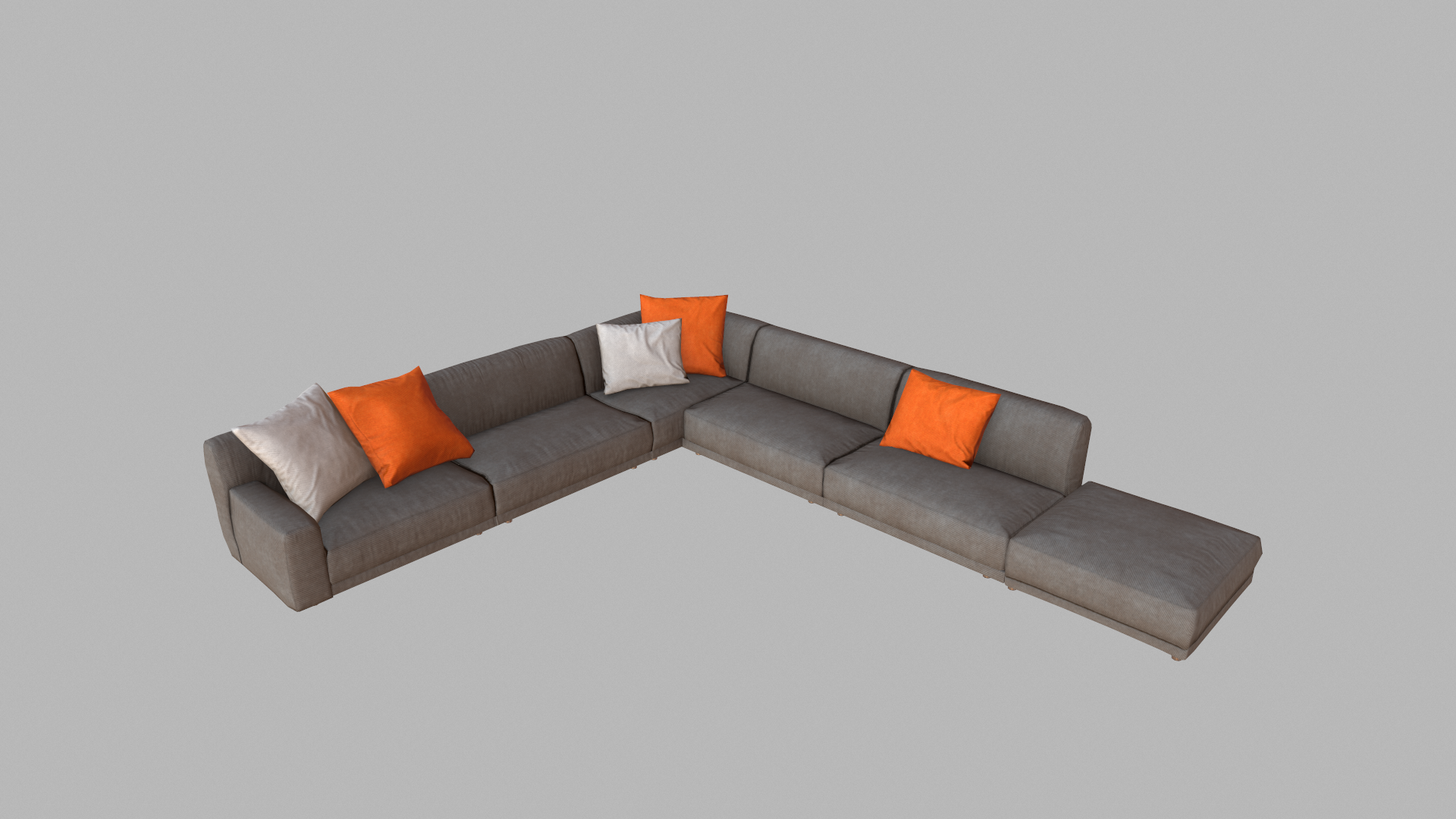 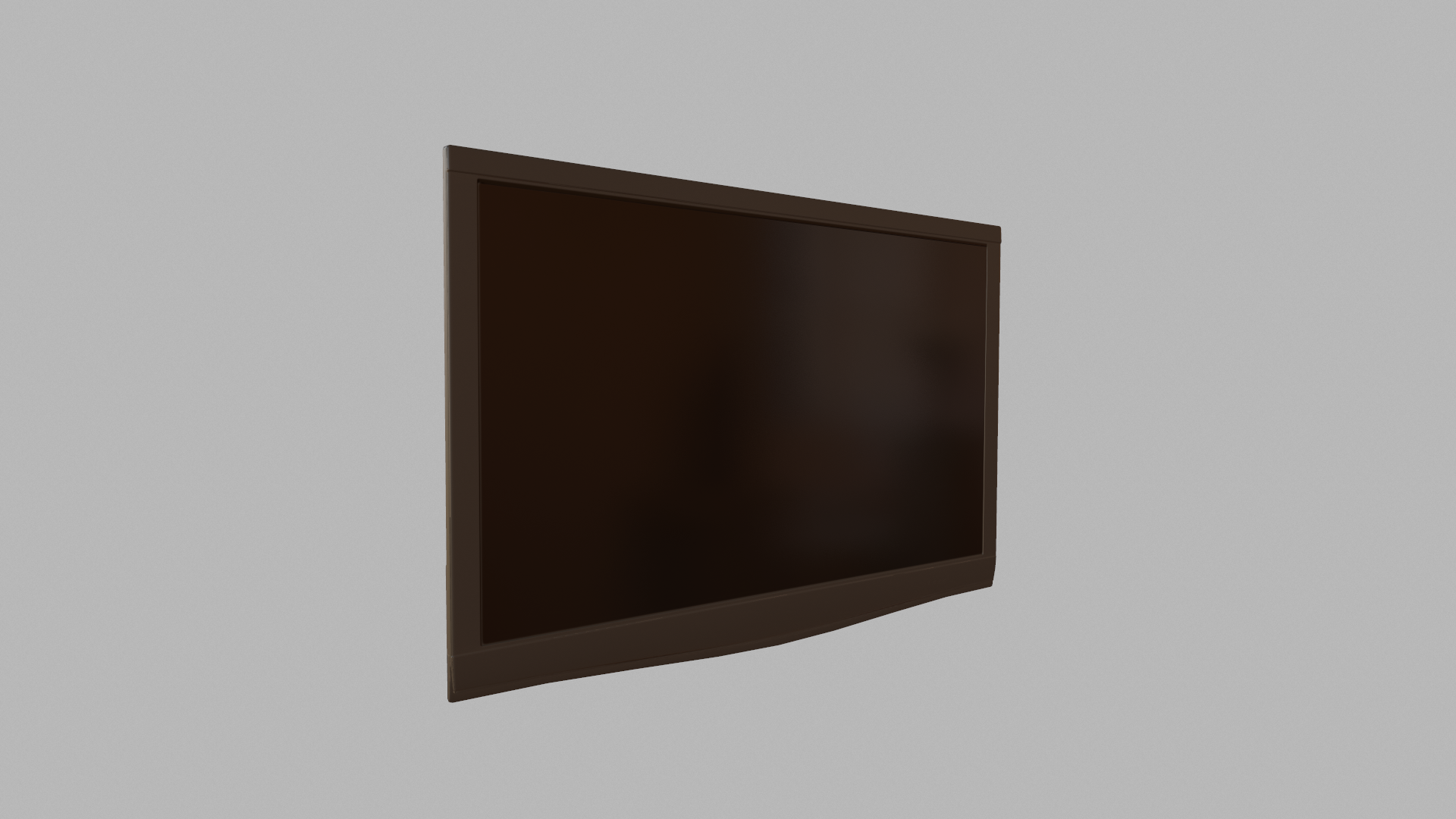